Omar Bashir (Arabic: عمر بشير‎) is an Iraqi/Hungarian musician and at present the most renowned player of the oud (the Arabic lute), the most important solo instrument in Arabic music. 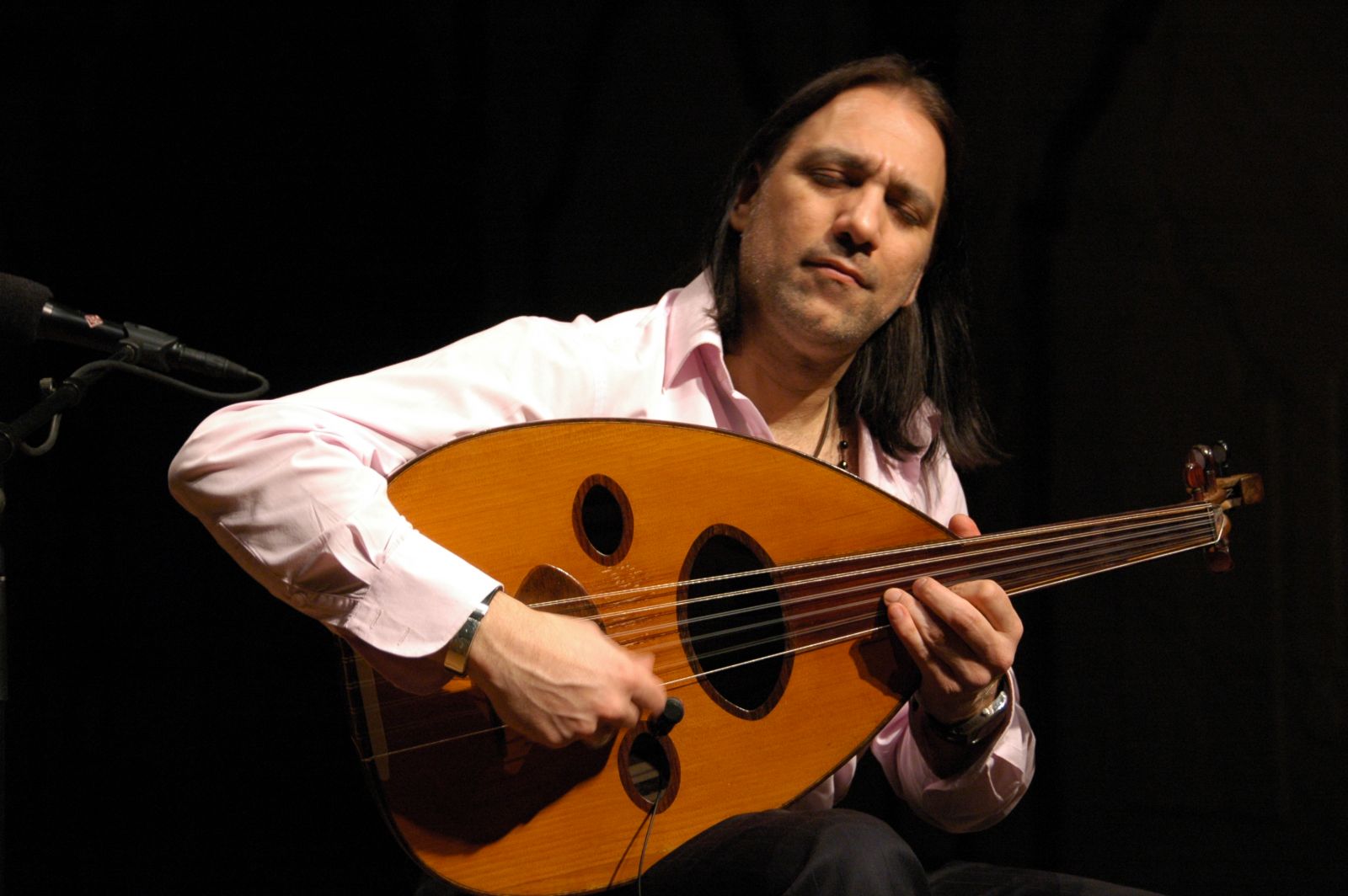 Omar is the son of oud player and composer Munir Bashir, who was one of the greatest  musicians in the Middle East during the 20th century. Omar has followed in the footsteps of his father, to become one of the most important solo artists in both classical and contemporary Arabic music by his own virtue. Omar has worked as a solo artist, as well as with his own group. He also worked with highly respected musicians like Quincy Jones and Jordi SavallOmar Bashir was born in Budapest in 1970, and started playing the oud with his father at the age of five. He joined the Baghdad Music and Ballet School and eventually created his own band, which toured in many countries. In 1991, he left for Budapest and joined the Franz Liszt Academy..

Omar performed as a soloist and with his father Munir until his death in 1997. During his career, he toured many countries and released more than 19 albums. His music is a mix of traditional Arabic music with a jazz-like improvisation.

Omar Bashir has won much recognition and many international awards for his work and musical achievement. He has performed internationally in prestigious musical halls and often in the presence of notable figures. He collaborated with many international artists, ranging from Jordi Savall to Quincy Jones.

Omar was born in 1970 in Hungary. His mother is Hungarian, and his father an Assyrian from Iraq, was the oud artist Munir Bashir. At the age of five, Bashir left Hungary with his parents to live in Iraq, where he grew up. The oud which he uses in his performances is in the same one that he used as a child.

In 1991, Bashir's parents moved back to Hungary, where he studied at the Liszt Ferenc University, continuing to work and perform oud duets with his father until the latter's death in 1997. The pair performed internationally, touring various Arab countries, the United States, Canada, and Russia. The death of his father marked a turning point in Omar Bashir's musical career.

Omar Bashir released a total of 20 CDs. His album Crazy Oud was released in 2010 by the record company EMI. The sales of this CD has topped the charts in several Arab countries. Below is a listing of all of the albums he has released, in chronological order: